Free Shipping on orders over R750

Free Samples with every order

Your cart is currently empty.

Your cart is currently empty.

Obagi Medical skincare has a 30-year history in medical-grade product innovation. While the company has undergone changes of ownership over the years it has not lost sight of its commitment to developing safe and effective medically-aligned products, ones that deliver results for a variety of skin types and concerns.

Some of Obagi’s newest products are developed in partnership with Dermatologist and Cosmetic Surgeon, Dr. Suzan Obagi (daughter of original founder Dr. Zein Obagi). The company is reinventing its future whilst still upholding its values and products that remain true to their long-heritage in the medical skincare market.

Dr Suzan Obagi’s goal with this range was to not only create products with dermatologist-tested ingredients but also, to purposefully exclude ones that are potentially risky to both the skin and environment. The result is a versatile everyday skincare range with a gentler approach to skin rejuvenation. It was important to Dr Obagi that the products she offers are the perfect balance of usability and proven ingredients, whilst also being uncomplicated. The range follows 3-core pillars – Cleanse, Protect and Renew. Some of the key ingredients include Aloe Barbadensis leaf extract, Salicylic Acid for cleansing oily skin, Poly-Hydroxy Acids (PHAs) for gentle exfoliation, as well as Retinaldehyde (Vitamin A derivative) which promotes cellular turnover. It also carries less possibility of irritation than its purer Vitamin A counterparts. The SusanObagiMD range can be used all early or mature ageing skin types, including sensitive and intolerant skins who, in the past, have been excluded from using active anti-ageing products. 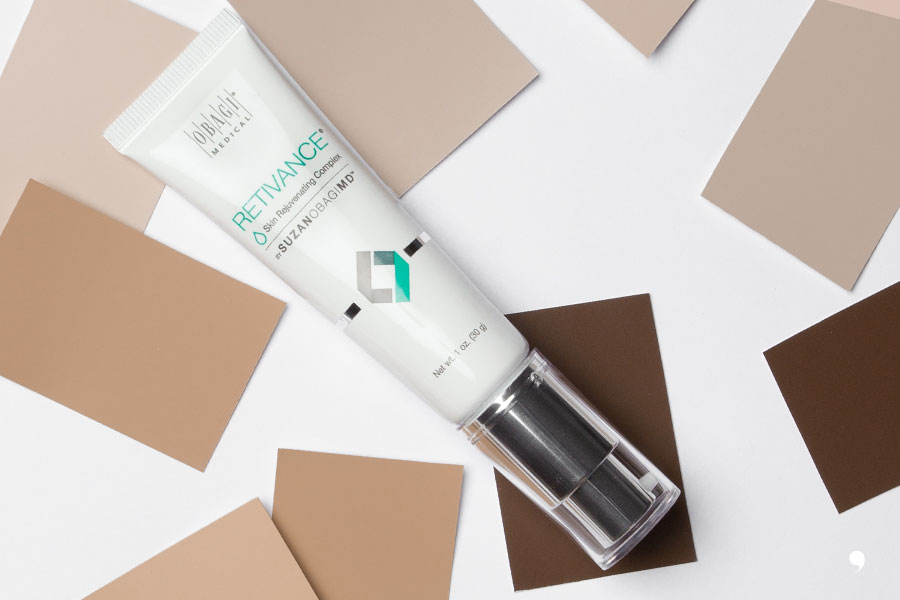 The science behind Professional-C

Undoubtedly Obagi’s most popular and sought after range is its Professional-C line of products which, as the name suggests, is heroed around medical-grade Vitamin C formulations. Obagi formulates exclusively with L-Ascorbic acid, the purest form of Vitamin C but also the most challenging to formulate with. Pure Vitamin C can easily oxidize, becoming less effective if not formulated with scientific precision and accuracy. Selective complementary ingredients also play a role in helping to keep pure Vitamin C not only stable, but also, more effective. Obagi’s pure Vitamin C serums are minimalist in their formulation but offer variations in their concentrations in accordance to patient skin profiles – 10% (dry & sensitive), 15% (normal, resilient ageing skin), 20% (ageing & oily skin). Other products in the line are paired with powerful Peptides, Growth Factors, Vitamin E and Green Tea Extract as found in Obagi Professional-C Peptide Complex – a truely innovative product that ticks many boxes from a preventative ageing standapoint. 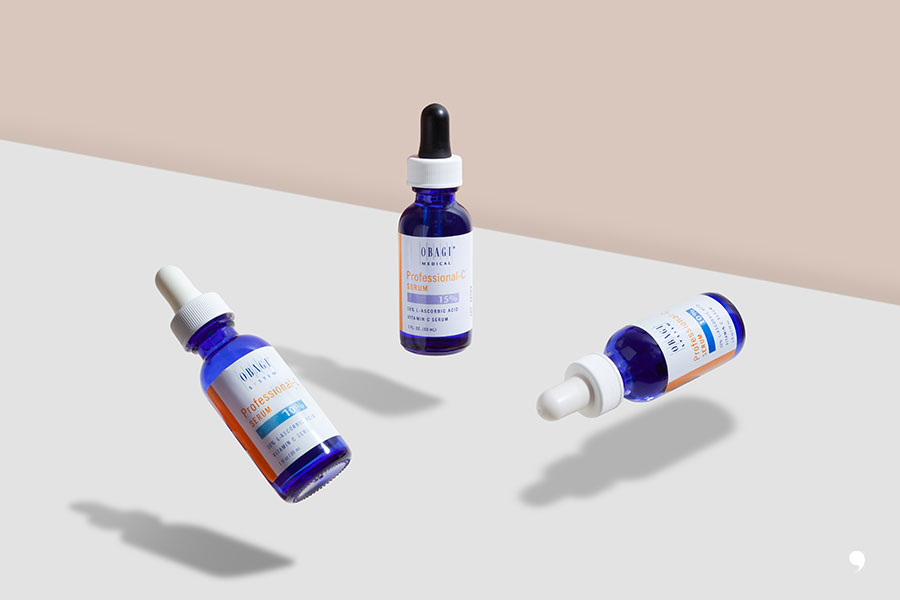 The science behind Nu-Derm

Considered one of the backbones of the Obagi range is the Nu-Derm brightening system which is centred around the treatment and prevention of pigmentation. Their starter kits offer an ‘out the box’ solution for anyone who has on-going discoloration issues and requires a comprehensive treatment plan. The key science behind this range in the U.S.A is Hydroquinone (HQ) which can be sold over the counter without a prescription (under a certain concentration). In South Africa though, HQ is a script-only medication and is usually one prescribed by Dermatologists for more severe cases of pigmentation and/or melasma. Locally, the Nu-Derm range contains Arbutin, a naturally occuring derivative of Hydroquinone that has similar efficacy to HQ, but is a lot safer and also doesn’t require a script. Obagi pairs Arbutin with Gycolic, Phytic and Lactic acids as well as Vitamin C & E across various products in the range. Most importantly, a high factor broad-spectrum sunscreen is also included in the Nu-Derm Starter kit and is a vital component in any treatment plan targeting pigmentation. 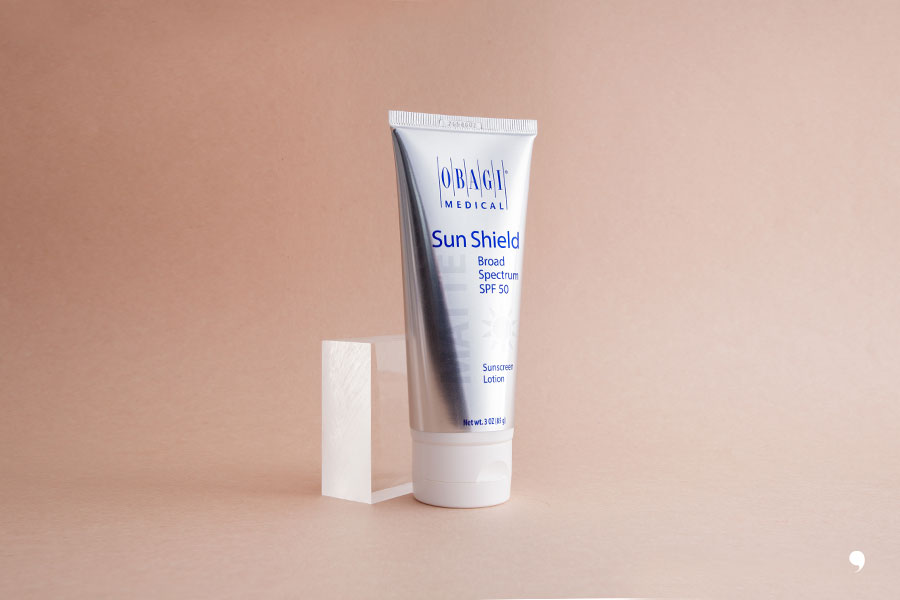 The science behind Clenziderm

Obagi Clenziderm offers a targeted range of products for treating acne vulgaris. The range is adaptable depending on the patient skin profile – dry or oily skin generally being the two most common acne-prone profiles. The key science behind this range includes Salicylic Acid, a beta-hydroxy acid (BHA) that has an exfoliating action and helps to unblock pores. If there was ever a product with a cult-like following, Obagi Pore Therapy is it. Patients not only love the instant sense of revitalization it provides, but also the noticable reduction in blackheads and pore-size (Read some of the 5-star user reviews on Dermastore as testimony). Other ingredients in the range include Benzoyl Peroxide, Dimethicone, Glycerin (for dry, acne-prone) and Menthol which provides a skin-awakening effect. 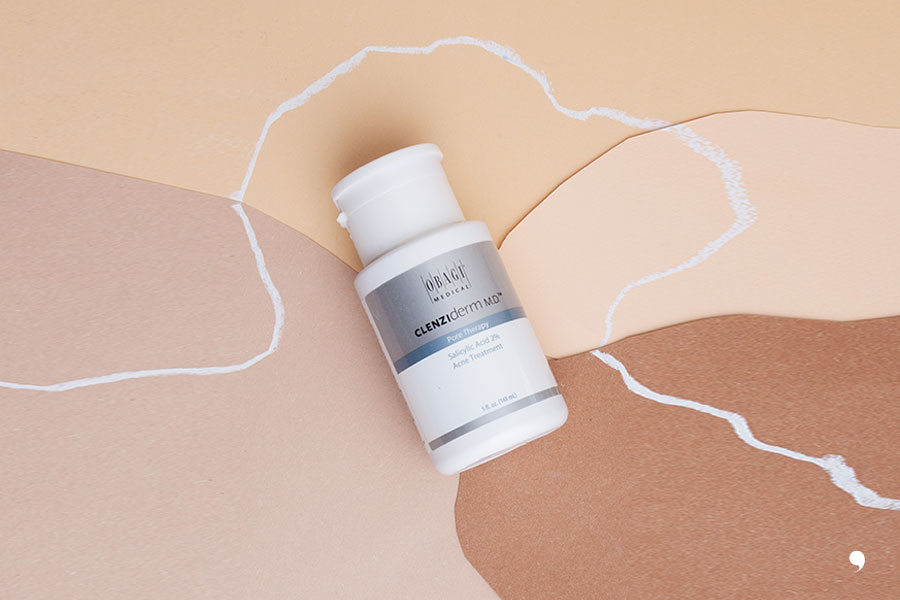 The science behind Obagi-C System

Also championed by Vitamin C, the Obagi-C range is specifically developed for early ageing skin dealing with sun damage (superficial age spots), uneven skin tone, dullness and as well as mild to moderate discoloration or pigmentation. The system is really easy to get started with and combines a Vitamin C Cleanser, Vitamin C Toner, Day Cream, Night Cream as well as a targeted Vitamin C Serum. Additional to Vitamin C, the range contains Arbutin for brightening, Panthenol for soothing, Glycolic Acid for mild exfoliation, as well as Vitamin E – another potent antioxidant that helps protect against free radical damage. This range offers a medical-grade approach to age prevention, especially if the patient profile is one that has sun damage and is exposed to urban-stressors like ground-level ozone and pollution. 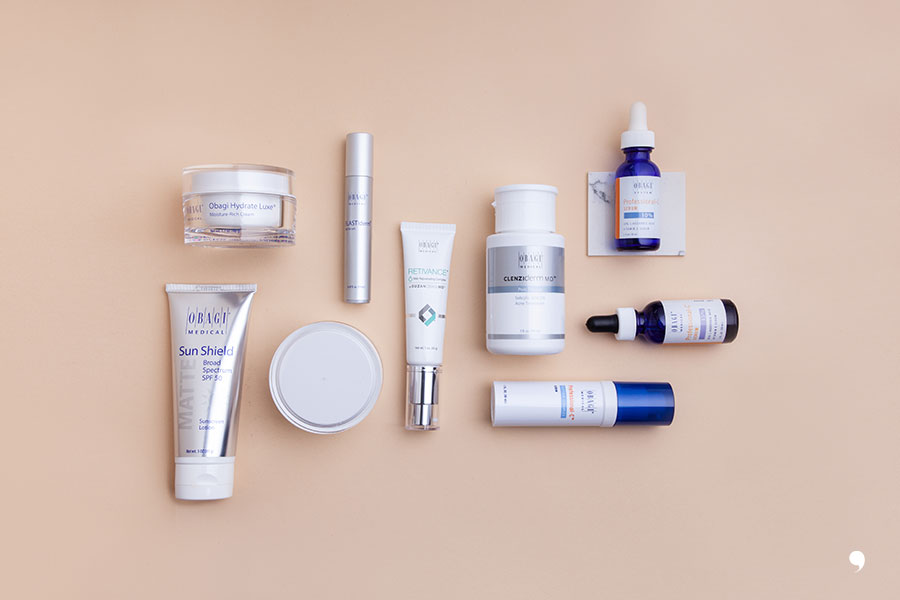 Why we love Obagi

At Dermastore, we have had the privilege to endorse and sell this highly-acclaimed skincare brand for a number of years and have seen first-hand how our customers remain loyal to the offering. The ultimate sign of success for any skincare brand regardless of the clinical data (which Obagi has, regardless) is customer retention. This commitment stems from measurable results that people can see and feel, along with the usability factor which makes Obagi’s formulations a pleasure to use in everyday life.

Suitable for Normal, Dry or Sensitive.

Alternatively, if you’ve filled in our Assessment before, please login to continue.